News from Penguin and J.R. Ward 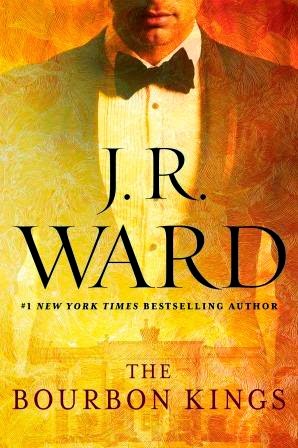 Contemporary Series The Bourbon Kings in 2015

Launching with a novel of the same name, The Bourbon Kings series will introduce readers to the Bradfords, a wealthy, aristocratic family in Kentucky who made their money from bourbon.

The books have already been optioned for television by Endemol Studios, the entertainment and production company behind the international hit TV series Big Brother, Deal or No Deal, Wipeout, Hell On Wheels, The Fall and Peaky Blinders, among others.

Set in the heart of bourbon and horse country, The Bourbon Kings marks a departure for Ward who hasn’t written extensively about Kentucky, though she lives in The Bluegrass State and has deep ties to the surrounding community.

Ward said:  “The Bourbon Kings are just like my Black Dagger Brotherhood vampires, flawed heroes for strong women who live and love in a vivid, ever-changing world of passion and excitement.  Readers can expect the same big emotions, epic storylines, and soul-deep love stories in these books—as well as those signature, OMG, I have to know what happens NEXT! kind of endings.”

With more than 15 million of her novels in print worldwide, Ward is an international bestselling author best known for her phenomenally popular paranormal Black Dagger Brotherhood series about a group of warrior vampires.  Dark Lover, the first book in the series, was published in 2005, and reader reaction was immediate.  Just eighteen months later, the fourth book in the series, Lover Revealed, hit the New York Times bestseller list.  Since then, Ward’s novels have held the #1 spot on the New York Times hardcover, mass market, eBook, and combined print/eBook fiction bestseller lists and have debuted in the Top Five on the USA Today bestseller list.  Ward and her books have been featured in USA Today, Entertainment Weekly, The Boston Globe and The New York Times.

The Bourbon Kings series will follow the Bradfords, those who work for them on their estate, Easterly, and several other wealthy Southern families involved in Kentucky’s bourbon industry.