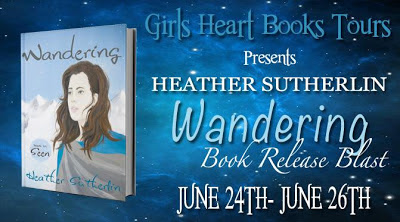 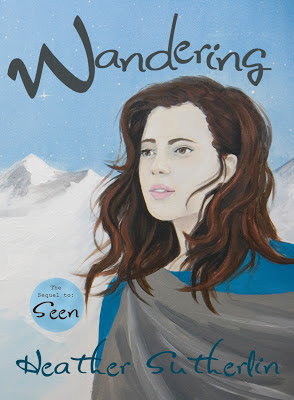 Title- Wandering
Series- Wanderer Series Book # 2
By Heather Surtherlin
Expected Publication Date- June 25th
Blurb-
When you’ve traveled between worlds, there’s nowhere left to go but home.
Rory has never been so cold in her life. But the biting wind only reminds her of another pain that grows more intense with each passing day. Each night Jaron’s beautiful voice sings in her dreams, and each day her footsteps draw her closer to his side. Danger and intrigue at every turn, no distance is too far when you’re returning for true love.
Rin has spent the last five years searching for Rory across two worlds. Now a series of visions have him convinced he’s growing closer to finding her. But when Rory slips through another portal, taking his visions with her, he finds himself back at square one. To find her now he’ll need the help of an old friend and a little otherworldly magic.  This time he intends to bring The Wanderer home for good.
Links-
Kindle- http://amzn.com/B00DK1DXC8
Nook-  http://www.barnesandnoble.com/w/wandering-heather-sutherlin/1115800670?ean=2940016568379
iTunes- https://itunes.apple.com/us/book/id665683200

About the Author-
Heather Sutherlin lives in Arkansas with her husband and three children.  She loves all things creative and enjoys the worlds she dreams up, longing to live the adventure alongside her characters. When she’s not at her writing desk, she is busy exploring and learning with her children or cooking big elaborate meals in the kitchen with her husband. You can see more of Heather at her website, HeatherSutherlin.com .
1999 – B.A. in Elementary Education from Harding University
2011 - 1st Place White County Creative Writers’ Conference First Chapter Contest
2012 – Debut novel, A Light in the Darkness, is released along with its sequel, To Light the Path.
2013 – Seen and Wandering, two books in a new YA fantasy series, will be released in the spring.
President - Fiction Writers of Central Arkansas
Featured Author – Arkansas Literary Festival
Links-
Website-  HeatherSutherlin.com
Facebook- https://www.facebook.com/pages/HeatherSutherlincom/406580039393834
Twitter- https://twitter.com/HeatherSutherli
Pinterest- http://pinterest.com/hsutherlin/
Goodreads- http://www.goodreads.com/author/show/6476386.Heather_Sutherlin
Facebook Event for Book Release Blast- https://www.facebook.com/events/1392270237651946/