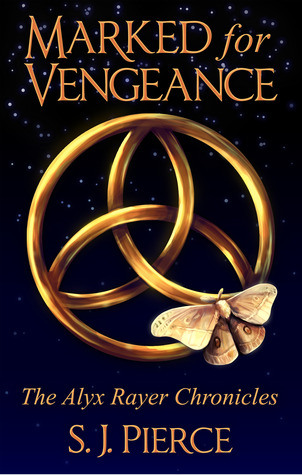 Alyx Rayer’s existence in Atlanta, the eternally bustling capital of Georgia, is one of routine and blending in among the worker bees. But her ‘normal’ life is actually a façade for a higher calling; she’s a three hundred year old soul, encased in a human vessel and sent from the darkness between heaven and Earth to capture her Marked when summoned by her superiors.
During the initial, routine stake-out of her Marked, a dream prophet named Isaac Walsh, Alyx is thrown for an emotional loop when his allure captivates her heart from two rooftops away. The event marks the very instance when her sense of what’s right and what’s wrong is brutally challenged as her contact with him is strictly forbidden.
While already trapped between honor and desire, her emotional struggles are further challenged by a man in a black suit who continually pops up when she least expects it, his presence evoking a strange response from the scar she was branded with at birth. The scar tingles like a warning beacon, alerting her that something is amiss. Because her superiors never told her what this would mean, or much of anything except what to do when they summon, she can only conclude to try and keep her sanity, and her life, from completely shattering to pieces.
This engaging first book of the series is a Paranormal Romance


First let me say the note to the reader – that gets your mind thinking even before starting the book. And I love the bible verse the author mentions “Do not neglect to show hospitality to strangers, some have entertained angels without knowing it. (Hebrews 13:2)” I have always been a firm believer that there are angels among us. I hold true to the “Random Acts of Kindness” way of thinking and living as well.
Like the author, my mother taught me how important being kind and courteous to others is. For we do not know the paths of others and should never be a stumbling block in their way. For one day that very person may be the one to lend us a helping hand.
I always wondered what it was like for angels when they were created. Were they born like us or did God just create them like he did Adam and Eve? Well for Alyx she is born and her birth is torturous to say the least “OUCH” is an understatement and angel or human wouldn’t wish that kind of birth or creation on anyone. Thank you for the agonizingly detailed and painful description. I could actual feel what she was going through while reading that. And to be born with only one purpose now that is different.
Alyx boss Frederick aka “Casanova” is a real charmer and I have worked for guys like him and she does a great job handling him where as her friend Cindra would be all over him like water to a mop. LOL That girl is too funny I love her attitude she is a true spit fire. Now as far as coworkers go I have had my fair share of the coworker from hell and Mona fits into that category. Anyone who causes employees to cringe or go out of their way to avoid them, yeah coworker from hell – lol. And Benjamin, Alyx boyfriend oh hot doctor can we say “YES RIGHT HERE – I AM SINGLE & AVAILABLE” – LOL hot, intelligent and successful all rolled up into one – are there any of those left out there. Then there is Isaac and his son Micah, oh that boy is such a cutie I really liked him and his dad Isaac too. LOL I mean I am Irish and what girl doesn’t love a built, sexy, strong, Irish man with a sexy Irish lilt to go with it, that’s just melt in your mouth delicious right there. A single dad and an artist yeah I think I fell in love after reading that. Then of course there is Alyx, brunette, tall, perfect figure, amazing at juggling and has a purpose – her marked.
Isaac paints these images he keeps dreaming, vivid images of a beautiful woman with dark haunting eyes, and of angels and demons at war but he can’t figure out who she is or what the dreams are about – yet. His son Micah has these visions of demons that scare him quiet a lot and Isaac has to constantly calm him and try to push away his fears. Little do either of them know they are both very special and they too have a purpose.
I love the pull, the forbidden pull that Alyx has to Isaac. She just can’t seem to follow those black and white rules, instead finding ways to make them grey so she can get her “fix”. Little does she know she is being watched. Alyx has this tattoo on her back, a mark and it has a purpose as well, she has always known it but always hit it, suddenly it starts to react in a way she has never felt before she doesn’t know what to do or what is causing it. I want to yell “Wake Up, Follow your gut instinct, you know that the creepy feeling you have is telling you something bad is going on – follow that and get the heck out of dodge.”