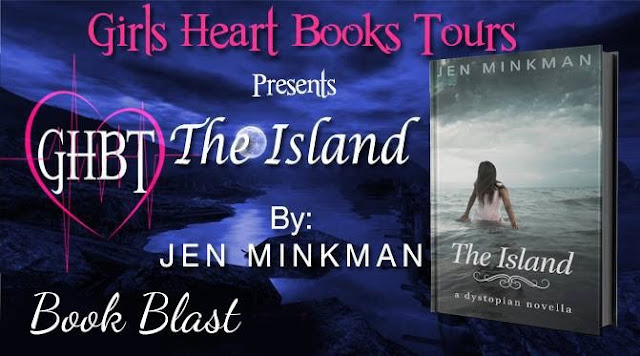 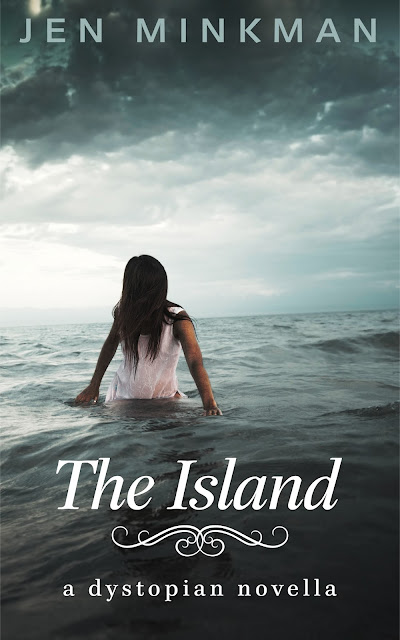 Title-The Island
By- Jen Minkman
Publication Date-June 1, 2013
*Novella* (80 pages)
Genre- YA Dystopian
‘I walk toward the sea. The endless surface of the water extends to the horizon, whichever way I look.
Our world is small. We are on our own, and we only have ourselves to depend on. We rely on the Force deep within us, as taught to us by our forefathers.
If I were to walk westward from here, I would come across a barrier – the Wall.
Behind it, there are Fools. At least, that’s what everyone says.
I have never seen one.’
Leia lives on the Island, a world in which children leave their parents to take care of themselves when they are ten years old. Across this Island runs a wall that no one has ever crossed. The Fools living behind it are not amenable to reason – they believe in illusions. That’s what The Book says, the only thing left to the Eastern Islanders by their ancestors.
But when a strange man washes ashore and Leia meets a Fool face to face, her life will never be the same. Is what she and her friends believe about the Island really true?
Or is everyone in their world, in fact, a Fool?

This is a first for me reading this gene making my over all reading gene base a little larger now. I enjoyed the book.The story had a strong main character Leia who really made the story flow where you could not wait to see what move she made next.

The Synopsis is what made me read this story as I was curious to see where it would lead. I found the idea of why children would be separated from there parents at the age of ten to go off on there own and live and survive on a different part of the island and not returning to there parents and hometown until they wed to be extremely intriguing.

I originally read the uncorrected proof of the story and have to say that the cast of characters names( originally) to be much more of a mystery  then the final cut ones. I liked them because I found them to be different and not the original run of the mill ones making them a little bit more intriguing for me.

This story was a novella and could have very well have been a full length novel.The story has remarks from Stars Wars trilogy making it a little bit quirky .

One thing I found that surprised me is that they never explained why the children were forced to leave there parents in the first place later on of course everything comes to light and all is revealed .I think that is what kept me turning the pages that anticipation of finding out why ?

Leia is the ringleader of there little rebel band.She has found out by another friend that the one in charge of them all is keeping things from them and takes it upon herself to find out what those things are.Things have been the same for 100 years now . But, the one in charge seems to be abusing his power and the others now  want to overthrow him and elect a new leader but, he is so powerful and feared it will not be an easy task.They need proof so they need to steal the book of legends to prove him a liar.

The island is divided by a wall and they are told that the  fools live on the other side but not one of them knows what a fool looks like or anything about them. There current living arrangements and beliefs are based on a legend written by there ancestors but know one ever questioned those beliefs until Leia decided she wanted to know more and went on a journey to find answers.

Leia's journey lead her to find a fool from the other side of the island learning that they really are not so different then they are other than the children live with there parents here and are happy about it.

From this point on the story becomes a whirlwind of questions and answers.So much starts to unfold all is foretold almost becoming a little bit overwhelming for the cast of characters and for yourself  just to take in all at once .Your in awe with this new world you have just discovered. Your learning so much about the past wondering if for generations you have been choosing to live separated from your parents all this time based on one misconception from one point in time? 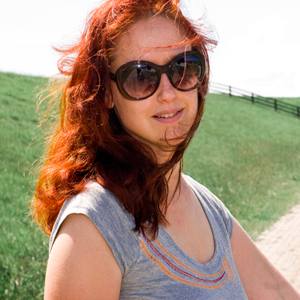 Jen Minkman (1978) was born in Holland, in the town of Alphen aan den Rijn. When she was 19, she moved between The Hague, Salzburg (Austria), Brussels (Belgium) and Cambridge (UK) to complete her studies in intercultural communication. She is currently a teacher of English, career counsellor and teenage coach at a secondary school in Voorburg, Holland. She tries to read at least 100 books a year (and write a few, too!). She is a published author in her own country, and translates her own books from Dutch into English for self-publication.
In her spare time, she plays the piano, the guitar and the violin. For every novel she writes, she creates a soundtrack.
'I have always been drawn to writing. My first book was a sci-fi novel at the age of eight, which I painstakingly typed out on my dad's typewriter and illustrated myself. Nowadays, I stick to poetry, paranormal romance, chicklit and/or fantasy. In my home country, I am the first-ever published writer of paranormal romance, and I will gradually make my books also available in English (seeing I have to re-write and translate the books myself, this will take some time!).
Links-
Goodreads- http://www.goodreads.com/author/show/5808037.Jen_Minkman
Website-http://www.nwelsaturay.com/jenminkman/index.html
Twitter- https://twitter.com/JenMinkman
Facebook- https://www.facebook.com/JenMinkmanYAParanormal?fref=ts