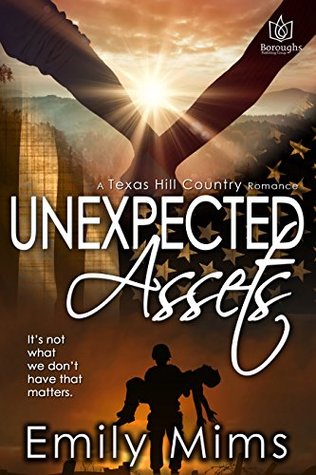 Blurb
With Emily Riley’s love, Iraqi War veteran Jason Donahue learns that it’s what inside a man’s heart that shines through and makes him worthy of a blissful forever.

After three agonizing years of surgeries and rehab, U.S. Army veteran Jason Donahue is ready to leave the Iraq War in the past and rejoin society. Yet, no matter the success he achieves at work, people wince every time they see him.

Everyone but Emily Riley. From the first, the beautiful redhead looks past his disfigurement and sees him. In return, Jason wants to buy her everything she deserves, starting with her dream home and going from there. Yet Emily has scars of her own, a past she’s not ready to reveal. Only when they both come clean, when they view each other through eyes of trust and love, will they know that, when a good man and a good woman give each other their heart, the two will always have more than enough.

This is the first book I have read of Emily's and

almost from the start I was hooked. As an

Veteran myself I immediately connected with

Jason. I have an unending love for our soldiers

our wounded warriors and Jason and what he

went through just went straight to my heart

strong woman to fall for a man who has been

through what Jason has been through and

is that woman.But...... what would a story be without secrets

, without issues, without a past... And both of

have them. Can they overcome them... Well I

certainly am not going to spoil it for you. LOL

you have to read the book to find out.I will tell you that this is one amazing story. I

huge supporter of the Wounded Warrior

and this story has not one, not two, but three

wounded warriors in it. Each with varying

degree's of injuries or PTSD and there are

in here that will have you running for your

box. It shows their struggles after the war, how

they see themselves, how others see them.

The story is mainly about Jason and Emily and

their budding and struggling relationship. The

insecurities they have about themselves and

each other. And of course a big secret that one

them has and an obsession that the other has. It

comes to a really big head and as we all know

usually means trouble. But, this story does

happy ending. No wait this story has a FABULOUS 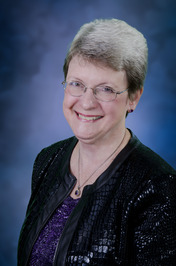 http://www.emilymims.com
Author of eighteen romance novels under the pseudonym 'Emily Elliott', Emily Mims combined her writing career with a career in public education until leaving the classroom to write full time. 'Solomon's Choice' is her first romantic suspense and the first novel she has published under her own name. The mother of two sons, she and her husband Charles split their time between Central Texas and eastern Tennessee. For relaxation she plays the piano, organ, dulcimer, and ukulele. She says, "I love to write romances because I believe in them. Romance happened to me and it can happen to any woman-if she'll just let it.