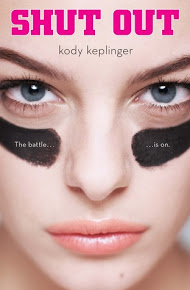 Most high school sports teams have rivalries with other schools. At Hamilton High, it's a civil war: the football team versus the soccer team. And for her part,Lissa is sick of it. Her quarterback boyfriend, Randy, is always ditching her to go pick a fight with the soccer team or to prank their locker room. And on three separate occasions Randy's car has been egged while he and Lissa were inside, making out. She is done competing with a bunch of sweaty boys for her own boyfriend's attention

Then Lissa decides to end the rivalry once and for all: She and the other players' girlfriends go on a hookup strike. The boys won't get any action from them until the football and soccer teams make peace. What they don't count on is a new sort of rivalry: an impossible girls-against-boys showdown that hinges on who will cave to their libidos first. But what Lissa never sees coming is her own sexual tension with the leader of the boys, Cash Sterling..

I first heard about this book from a friend and just had to get it after looking into it a bit. That day I got it in E-book format and was done with it in about 2 hours. I loved it, it was a teenager’s outlook on high school and boys and friendship.

Lissa was a control freak who has major OCD issues. She was beautiful and strong and just set in her way.

Cash….well I would totally like to date him. The school flirt, totally hot but you cant get anywhere with  him. By the end i was in-love.

Randy, well words really cant describe how much I dislike him. He comes off as the nice caring boyfriend but really just is a complete a**.

Chloe, she’s Lissa’s best friend and is known as the school sl*t but really just because she’s honest about her s*x life doesn’t mean she is any of the things people call her. She isn’t ready to settle down with a guy and just knows what she likes, she isn’t mean about it and is a lovely person who would do anything for her friend. She would have to be my second favorite character.

Now down to my final character who happens to be my favorite. Nothing much is said about her but I feel like I must tell people the little bit about her because she is so worth hearing about, Mary. Her name says it all, she’s sweet and young and totally in love with her huge footballer boyfriend. She’s the only girl who is honest about herself. Throughout this book she’s a small role but I just love how caring and sweet and young she is and how she reminds me of that little sister I have to protect from everything bad.

So go ahead and give this book a read because its fun, light and really enjoyable. 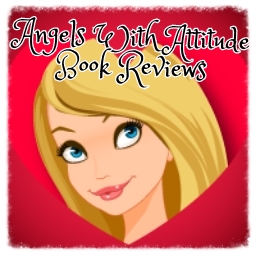