Book Review for A Scot in the Dark by Sarah MacLean 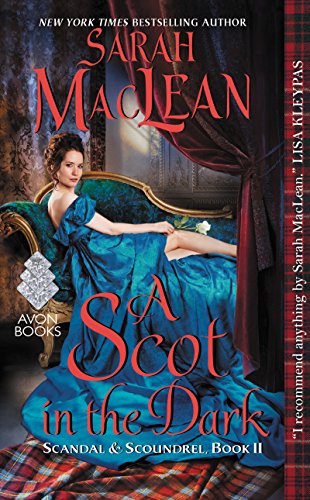 A Scot in the Dark
by Sarah MacLean
5 stars
Reviewed by : Angels

Lonesome Lily turned Scandalous Siren
Miss Lillian Hargrove has lived much of her life alone in a gilded cage, longing for love and companionship. When an artist offers her pretty promises and begs her to pose for a scandalous portrait, Lily doesn’t hesitate . . . until the lying libertine leaves her in disgrace. With the painting now public, Lily has no choice but to turn to the one man who might save her from ruin.
Highland Devil turned Halfhearted Duke
The Duke of Warnick loathes all things English, none more so than the aristocracy. It does not matter that the imposing Scotsman has inherited one of the most venerable dukedoms in Britain—he wants nothing to do with it, especially when he discovers that the unwanted title comes with a troublesome ward, one who is far too old and far too beautiful to be his problem.
Tartan Comes to Town
Warnick arrives in London with a single goal: get the chit married and see her become someone else’s problem, then return to a normal, quiet life in Scotland. It’s the perfect plan, until Lily declares she’ll only marry for love . . . and the Scot finds that there is one thing in England he likes far too much . . .

Let's start off by saying this has been a really fun series to read so far.I just loved this story it has filled with scandal,humor,romance and a hot hunky Scot and a fierce beautiful temptation for you to enjoy. I could not wait to see what would come out of Lillie's mouth next.I just loved Lilly's loyal friends they added that touch of humor that every book needs.

I love it when a character such as Lily who owns up and takes full responsibility for her action's leading to her own ruination.I alway seek out to find a  favorite character in a story to rave about and my pick is Lily for this story.

I loved everything about Lily she was firey,fierce,loyal, and beautiful on the inside and on the out.What a spitfire Lily turned out to be.Lily never let that tall dark bruting Scot best her!

I just love how the lovely Lily went toe to toe with her Duke.Lily's encounters with Alec always put a smile on my face.I looked forward to those encounters as you never new what mischief she would brew up next.

From the very beginning of this story you new that Alec and Lily's relationship would be utter turmoil. As prideful and fierce as Lily was she was touched by sadness and loneliness.Her main goal is to find love and happiness in her marriage and not duty.Lily only wants to marry for love. Alec on the other hand let a troubled childhood cloud his judgment when dealing with Lily from the very beginning.Alec's good intentions to help Lily also seemed to go a rhy always.I believe he truly wanted what was best for her but jealousy and protectiveness always got in the was of those so called good intentions.

As the story starts to unfold you realize that Lily is just what this wounded Duke needs.Alec needs someone to shake him up and Lily is just that right person to do it.Alex needs to let go of his past in order to have the future he so craves in order to find love and happiness for himself.

From the very beginning of this story I was rooting for Lily to find the happiness she deserved.Overall this was an enjoyable read that had great character's.These character's took you on a journey to find love and happiness as well as forgiveness which I was glad to have followed there journey with them.Does love conquer all in even in scandal?

Looking forward to the next story in this series.I can't believe we have to wait until the Summer of 2017 to read Seraphina's story.(Bevingstokes Duchess of Haven) 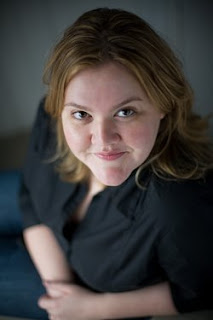 A life-long romance reader, Sarah MacLean wrote her first romance novel on a dare, and never looked back. She is the New York Times and USA Today bestselling author of historical romances, and the author of a monthly column at The Washington Post celebrating the best of the romance genre. She lives in New York City.