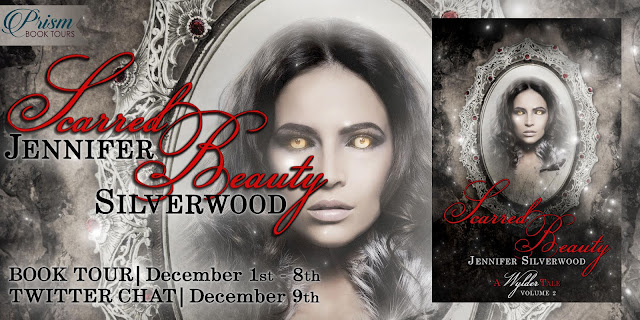 On Tour with Prism Book Tours.

Vynasha's journey continues in this Beauty and the Beast retelling. We hope you enjoyed finding out more about this fantasy world. If you missed any stops, go back and check them out now... 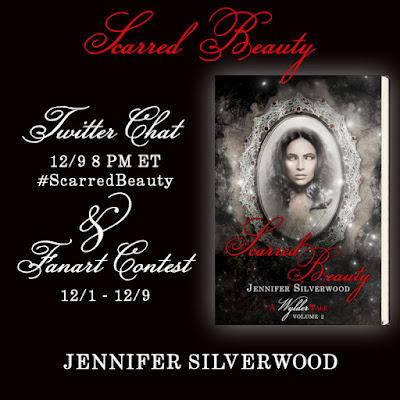 Do you create fanart?

Jennifer is offering extra entries on her tour giveaway and a special giveaway
during the Twitter Chat to one lucky artist! Post your fanart and share with
Jennifer on social media (@JennSilverwood on Twitter and Tumblr and
silverwoodj on Facebook). Look for inspiration and see her posts on Tumblr. 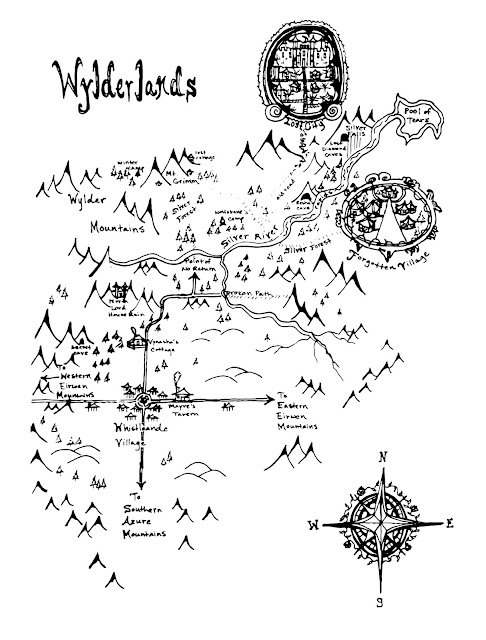 Deep in the enchanted forest across the Silver River which flows through the Wylder Mountains, is the last hold of the humans. Before Soraya the Enchantress cursed the land, the King declared war against all majikal peoples. Humans were quick to blame their troubles on the mirror folk and aided the King in his purge. Clans and villages of majikal folk scattered throughout the Wylderlands banded together to fight a losing battle against the King’s superior forces.

Her life had been forfeit the hour the Prince locked her in the dungeon like one of his beasts. Being enclosed in near-absolute darkness made the hours crawl past and Vynasha’s mind was beginning to betray her. Had it only been a few hours since he’d left her alone with nothing but the echoing howls of her fellow beastly prisoners for company? 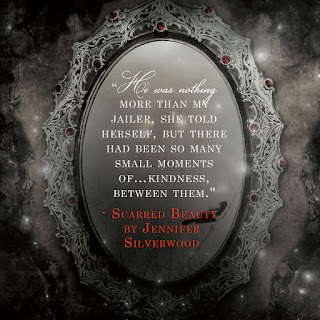 “My time as the beast is different,” Grendall said, “measured by base instinct rather than conscious thought. Our blood bond kept me aware enough to remember the reason I was there. I had to make sure you made it safely out. The wolves would have taken you if I hadn’t found you.”

“Vynasha?” Grendall’s weary voice woke her and his fingertip brushed over hers. “What were you dreaming about?”

The slight comfort of his contact and the soft blue light shining at her through the hole was enough to orient her again. She released a shuddering sigh as she replied, “My father…” 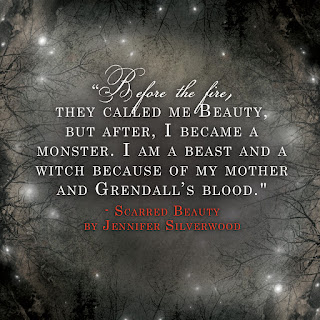 What, if any, “hot-button” or controversial topics do you touch on in your book?

This is not your average Beauty meets and falls in love with her Beast. Sometimes the heroine must be her own hero. In our heroine, Vynasha’s case, she was already scarred before she was lured to the Beast’s clutches. And while she may indeed love him, she has chosen to take matters into her own hands. No “hot-button” topics here in todays’ modern era. Just a tale old as time about a scarred girl who learns ugliness is a matter of perspective, and that it’s okay to embrace her inner monster to rescue the ones she loves.

Deep in the enchanted forest by the Silver River which flows through the Wylder Mountains, is a village of the Forgotten. Before Soraya the Enchantress cursed the land, the King declared war against all majikal peoples. Clans and villages scattered throughout the Wylderlands banded together to fight a losing battle against the King’s superior forces. Until only a single village was left, a remnant of the Forgotten and displaced. The King’s former wolfmen warriors chose to abandon their liege and named themselves the Forgotten Protectors of the land. 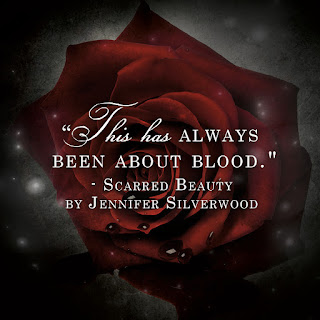 High in the northernmost reaches of the Wylder Mountains, across the Silver River and enchanted forest, rests the Lost City. Now a dark and forbidden place, it was once called the City of Light, before Soraya the Enchantress cursed the land. Ruled by a mad king who prized wealth and opulence over his people, those who lived within the City enjoyed a life of privilege. A mysterious evil turned the king’s heart to darkness, however, a poison he forced upon his son and heir.

While I have taken great pains to record the information the quaint, yet stoic residents of Whistleande Village have offered me, I must beg allowances for fallacy. Some families seemed reluctant or refused to supply a full account of their ancient homeland. Perhaps it is because I am a Southerner, from the lowlands by the sea. This homely mountain folk have had fair reason to distrust my kin in the past. 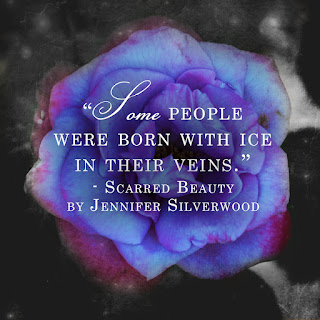 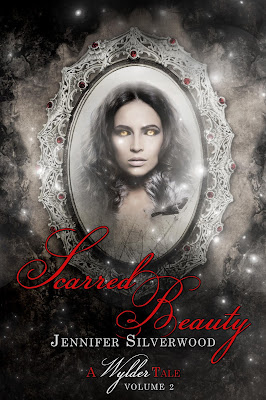 Vynasha has become prisoner with the other wyld beasts of the castle, but she is not alone. In the howling darkness her majikal bond with the Dungeon Master, Grendall grows, awakening the dormant power in her blood.

Yet as she discovers the true nature of the other beasts, she learns she must embrace madness in order to free them all. Vynasha is willing to do anything to end the curse, even if that means transforming into a monster.

Burried secrets come to light in this seductive sequel to Craving Beauty, the Gothic retelling of the classic fairy tale of Beauty and the Beast, where nothing is exactly as it seems and the heroine must be her own hero.

Other Books in the Series 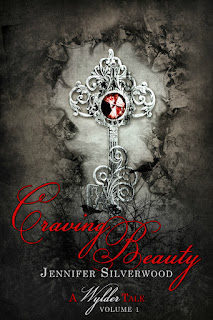 Vynasha has spent the last four years tending her mother's roses and looking after her nephew. The fire that killed their family has left her scarred and put Wyll on the brink of death. Soon the first frost will come down from the mountains and she knows this winter will be his last.

Until a strange beggar appears on the road, telling her of the majikal Source that can heal her Wyll. With nothing left to lose, Vynasha braves the forbidden Wylder Mountains to seek out a cure and her fate.

A lost kingdom is uncovered by an equally lost girl, but the castle is not abandoned as she believes. Shadows cloaking unseen eyes watch. Tapestries whisper from the hidden corners, wondering if the one to break their curse has come. And a hungry beast waits, ready to devour her soul. 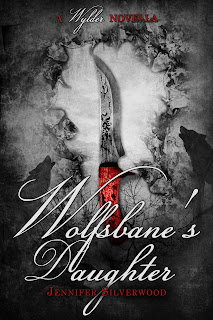 Wolfsbane and his daughter Resha are on a never ending quest in the Wylder Mountains, to wipe out the wolves who destroyed their village. Before their enemies stole everything she loved, Resha cared for little beyond learning how to be a hunter. After, she learned a hunter must be prepared to fight as well as flee. Now she cares for nothing but revenge.

Until she discovers two majikal humans half frozen in the forest. Resha has a choice, to follow her instincts and leave the strangers to the wolves, or save them. Yet the enemy is on the prowl and there is little time for Wolfsbane's daughter to find safe haven before they are discovered.

Jennifer Silverwood was raised deep in the heart of Texas and has been spinning yarns a mile high since childhood. In her spare time she reads and writes and tries to sustain her wanderlust, whether it’s the Carpathian Mountains in Transylvania, the highlands of Ecuador or a road trip to the next town. Always on the lookout for her next adventure, in print or reality, she dreams of one day proving to the masses that everything really is better in Texas. She is the author of the Heaven’s Edge series, Stay and Silver Hollow.

Other Books by the Author