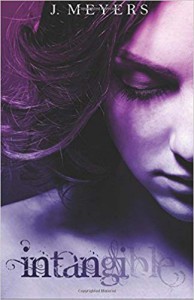 Twins Sera and Luke Raine have a well-kept secret—she heals with a touch of her hand, he sees the future. All their lives they’ve helped those in need on the sly. They’ve always thought of their abilities as being a gift.


Then Luke has a vision that Sera is killed. That gift they’ve always cherished begins to feel an awful lot like a curse. Because the thing about Luke’s ability? He’s always right. And he can’t do anything about it.


Wow ! What a great new start to a brand new series for me.This is a first time read for me from the author and I really enjoyed her current novel.

This was a really engaging story that drew the readers in.The cast of characters were amazing loved them all Sera,Luke,Jonas,Fey Brandon,Quinn,Raquel, and Marc.

All the characters were really likeable.Each and everyone had a special ability that they carried making them special in there own way.Sera and Luke definitely had a great group of friends that would put their own lives at risk just for them.

As always for me I must have one favorite character and for me it was Jonas.This handsome vampire just melted my heart.He is like no other vampire .Jonas is deadly don't get me wrong and is lethal when he needs to be but, the way her took to protecting Sera and caring about her the way he looks at her with longing for something more just breaks a girls heart. He really surprised me he seemed to have a lot of human emotions and a conscious making him even more lovable to me.

What a page turner not the seat of your pants kind but and engaging one. There was always so much happening things were shifting and changing all the time .Sera and Luke were born with rare abilities one a seer the other a healer and they were part of a Prophecy to be feared by all races especially the magical ones and also by the vampires they saw these children as a threat. Danger lurked at every turn for this brother and sister team . The Vampires and also the Dark Elves also known as the shadows would stop at nothing to get there hands on these kids for their abilities alone.

Fey was a favorite of mind to she was Luke and Sera's friend and protector a warrior and also a Light Elf with amazing abilities.She was the chosen protector for these children without them even knowing it.She was a beautiful and kind person with a great sense of humor.

This story had it all to keep it interesting a great plot, bad guys chasing you, love interests for both Sera and Luke and more that a hint of danger always about making it a superb read.

I was a great pleasure to watch Sera and Luke grow and learn to wield their special gifts.They really had no choice to grow into them and master them quickly as people were trying to kill them. They were busy trying to find a way to honed their powers just to stay alive never really giving them time to savor a new accomplishment they might have achieved.

What a fascinating read.Could you imagine being able to see the future and perhaps change it ? Or have the ability to heal a sick person ?To be able to take someones pain away with just one touch ?What if you were able to make a Vampire a human again?And you wonder why these children were so sought after making them pawns in a ever changing game...

This is a new author for me and a new series and I have to say I loved it.Would recommend it to all.I am already looking forward to the next in its series can't wait!
Tweet