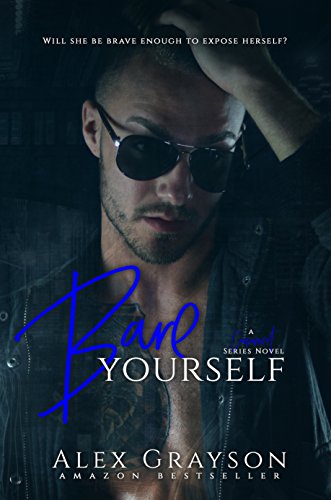 My name is Tegan Zander, and I like to… bare myself. Yes, you read that right. It’s not just me I want everyone to see, but also the lucky person I’m with at the moment. No, I don’t go around whipping out my junk and pulling up skirts to flash all the Joe Blows around. Give me some credit; I’m a bit more discreet than that. Barely. No, I like to be watched while fucking. I like knowing someone else is in the room, getting off on what my partner and I are doing. This is my sexual vice, and I fucking love it.What I don’t do is relationships. I have too much fun in my bachelor life. I don’t want to be tied down to one woman when there are still so many out there to explore.Willow Bennett was just a woman I helped on the side of the road. Nothing more, nothing less, even if her hot little body demanded attention from mine. I did my good deed, kissed those sweet lips, ground my jean-covered length against her softness, and left, expecting to never see her again.But then, there she was, in her short skirt, tank top, and flip-flops, looking sexy as hell. She didn’t know it yet, but she was my next plaything. I was going to expose her along with me. I was going to show her just how good it could be if she lost her inhibitions and let me put her on display.I don’t do relationships, but with this girl, I just might… expose my heart to her.

We are starting off by staying this is a first time author for us an we throughly enjoyed our first read by her.I have read a lot of erotica books but, not one that dealt with issues of sexual addictions so this plot was something new for us and a nice change to read something different.
I really enjoyed the characters that I read about.I thought they were fun,humorous,had amazing sexual chemistry and both had a great group of friends adding even more humor to the story that had a more serious story line.I loved all the side characters as well as some of those characters dealt with the same issues as Tegan did whether it was from sexual abusive to a sexual addition.They were all supportive of one another and open about their own additions making it easy to talk among themselves I liked that they had an ear to bend when one needed one as they understood what they were going through and could relate.
Omg from the very first pages this couple started setting the pages on fire making it a super hot read.I never really expected this couple to hook up and stay that way.I expected a one night stand and nothing more due to the demands and needs that Tegan needed to find sexual gratification. Tegan was into voyeurism and public displays when having sex and this was something he needed to do in order to find fulfillment.Now how do you find a partner into the same kind of sex you are?

I always pick a favorite character and this time around it was a really tough choice but I am going to pick Tegan. I picked him because he was just and fun and love able guy but, the main reason is I was attracted to him because  he was very open about his addiction and his needs and also with his childhood sexual abuse. Tegan  certainly had hang ups about sex but, the abuse itself never broke him he just learned to deal with it and moved on.Another reason is that he continued to see to his dying mother even though it was her that lead to the abuse to happen in the first place.My heart went out to Tegan as I could not even fathom the kind of emotions he must have been experiencing just by being in the same room with his mother.The author did an amazing job allowing you to experience all these emotions as well creating heartbreak for us to.This man was sexy as hell  . He definitely made a girls panties wet just by looking at you. Tegan just dripped with sex appeal. Omg ! Can't you say he set fire to my blood as well !I loved his playful banter. I loved how he pushed the limits with Willow without putting her in danger.I love how he found himself possessive of Willow a first for him and how uncomfortable it made him feel.It was nice seeing him out of his comfort zone. Willow actually made him feel things without just going through the motions.
I loved Willow as well.I really liked the fact that this couple had amazing chemistry together and that Willow was willing to push the limits as well.I liked that fact that she was open minded.I like that fact that she didn't run off as soon as she heard what sexual kinks Tegan had and was willing to at least try new things.I think that Willow needed someone like Tegan to push her out of her own sexual comfort zone and by doing so she was experiencing the best sex of her life.Some of Tegan's and Willow's sexual encounters set flames to the pages along with scorching the sheets as well.I love how this couple made sex fun and exciting as well as adventurous  .They were such a cute couple together.

My favorite scenes would have to be those that happened at Blackie's. I really think this bar had a helping hand in their relationship as they were able to explore each other in a safe environment along with getting off on the need for voyeurism as the bar tended to attract those with similar tastes. I especially loved that single unexpected moment when he asked her to be his.What and unexpected twist that had that OMG factor that I never saw coming.It had me laughing out loud.Did he really just do that ? For real?
Overall one super hot read .Can you say fanning myself more than once.I loved all the character's as well with their wacky personalities adding that bit of extra humor to the story.I loved the plot and those unexpected twists and turns that occurred.I enjoyed seeing new relationships foraged as well as putting ghosts to rest.I loved that both of the main character's had amazing personalties which made me even more drawn to them and able to connect with them.A compelling read that kept your interest and blood pressure up from the couple's very first encounter along with several of those unexpected omg moments.I loved this story from beginning to end.
Recommend read to all looking forward to reading this first book in its series.This book goes into the keeper pile to re-read again and again.A well done delightful story.
Arc provided from author for an honest review and we are giving this story 5 stars.Well done!

Alex Grayson is originally from the south, but has recently moved to Northern Ohio. Although she misses the warmth of Florida and often times detest the cold of Ohio, she absolutely loves living in the north. Her and her husband bought a house on two acres of land and live there with their daughter, son, one dogs, two cats, eight ducks, and three chickens. She hopes to eventually get a couple of goats to add to their country way of living. Besides her family and home, her next best passion is reading. She is often found with her nose obsessively stuck in a book, much to the frustration of her husband and daughter. On more than one occasion Alex found herself wanting a book to go a certain way, but it didn’t. With these thoughts in mind, she decided to start writing stories according to her own visions. Although this is a new endeavor for her, she hopes that readers find her concepts on romance intriguing and captivating. Alex welcomes and encourages feedback, of any kind. She can be contacted at alexgraysonauthor@gmail.com.