It's Mother's Day in the US! Mum love books, books love mums. Hug your mum on the Mother's Day with these bookish quotes about mother's love. 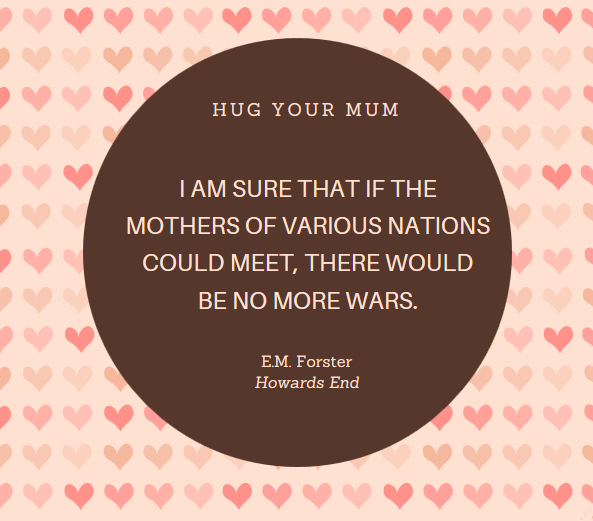 The disregard of a dying woman's bequest, a girl's attempt to help an impoverished clerk, and the marriage of an idealist and a materialist — all intersect at an estate called Howards End. The fate of this country home symbolizes the future of England in an exploration of social, economic, and philosophical trends during the post-Victorian era. 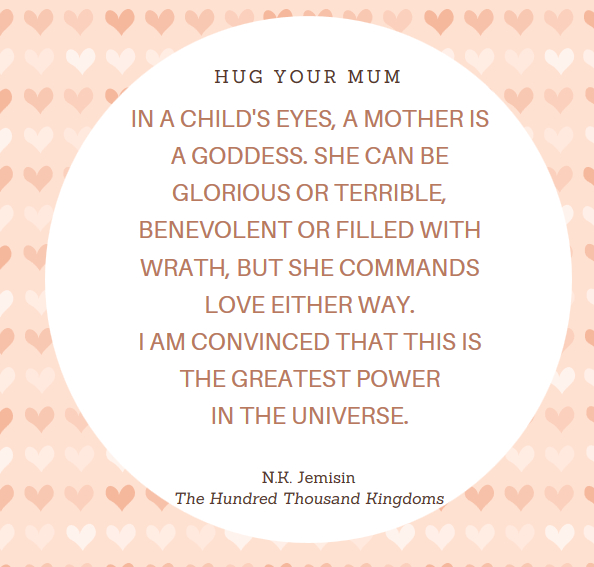 Yeine Darr is an outcast from the barbarian north. But when her mother dies under mysterious circumstances, she is summoned to the majestic city of Sky. There, to her shock, Yeine is named an heiress to the king. But the throne of the Hundred Thousand Kingdoms is not easily won, and Yeine is thrust into a vicious power struggle with cousins she never knew she had. As she fights for her life, she draws ever closer to the secrets of her mother's death and her family's bloody history. 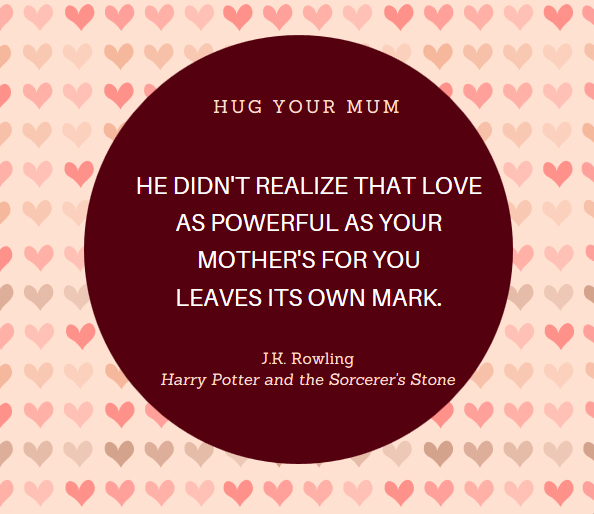 Harry Potter has never been the star of a Quidditch team, scoring points while riding a broom far above the ground. He knows no spells, has never helped to hatch a dragon, and has never worn a cloak of invisibility. All he knows is a miserable life with the Dursleys, his horrible aunt and uncle, and their abominable son, Dudley — a great big swollen spoiled bully. Harry’s room is a tiny closet at the foot of the stairs, and he hasn’t had a birthday party in eleven years. But all that is about to change when a mysterious letter arrives by owl messenger: a letter with an invitation to an incredible place that Harry — and anyone who reads about him — will find unforgettable. 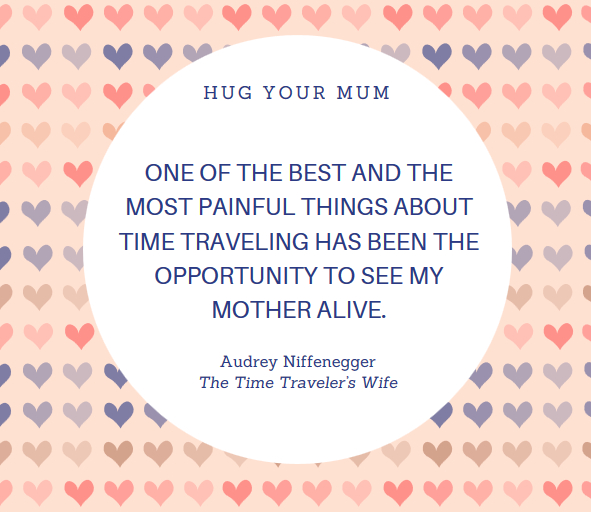 Passionately in love, Clare and Henry vow to hold onto each other and their marriage as they struggle with the effects of Chrono-Displacement Disorder, a condition that casts Henry involuntarily into the world of time travel. 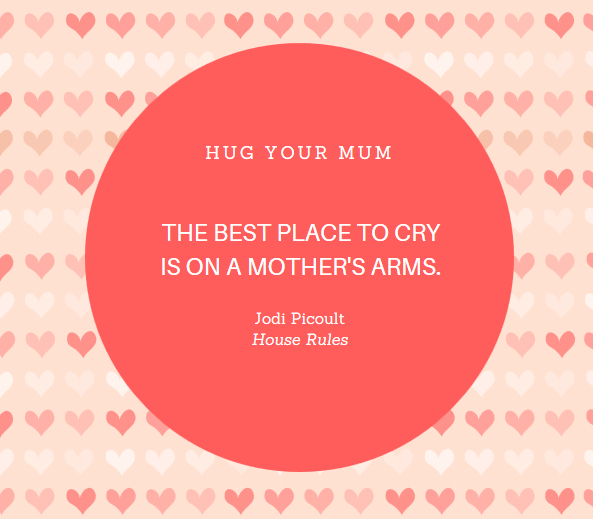 Jacob Hunt is a teenage boy with Asperger's syndrome. He's hopeless at reading social cues or expressing himself to others, and like many children with Asperger's, Jacob has an obsessive focus on one subject - in his case, forensic analysis. He's always showing up at crime scenes, thanks to the police scanner he keeps in his room, and telling the cops what they need to do - and he's usually right. But then one day his tutor is found dead, and the police come to question him. Reluctance to make eye contact, stimulatory tics and twitches, inappropriate gestures, all these can look a lot like guilt. 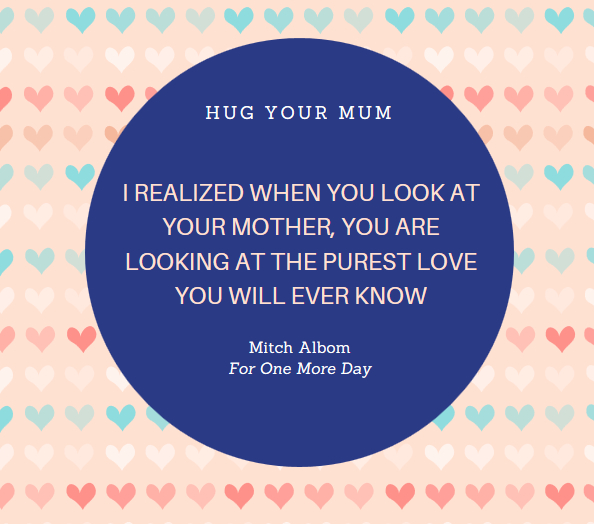 For One More Day - Mitch Albom

This is the story of Charley, a child of divorce who is always forced to choose between his mother and his father. He grows into a man and starts a family of his own. But one fateful weekend, he leaves his mother to secretly be with his father - and she dies while he is gone. This haunts him for years. It unravels his own young family. It leads him to depression and drunkenness. One night, he decides to take his life. But somewhere between this world and the next, he encounters his mother again, in their hometown, and gets to spend one last day with her - the day he missed and always wished he'd had.

We wish all the mums all the best! <3