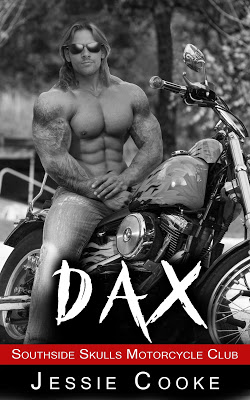 
“... if you love MC stories then give this one a go!! … This is one rollercoaster journey you do not want to miss!” ~Wendy’s Book Blog

Dax Marshall is six foot four of hard muscle and raw animal magnetism.
As president of the Southside Skulls Outlaw Biker Club, he’s had his share of women, but never one who meant more to him than his Harley or the brotherhood.
That was before she walked into the Spirits Bar and told him her name—Angel.
Angel Brady went searching for something she would only find by hiding who she really was.
But she found much more than she was looking for, and now her secret stands between her and what matters most.
Can Dax and Angel overcome the other dangers lurking in the shadows that threaten everything they live for?
Secrets that even Angel never knew.
This is the first book in the Southside Skulls MC Series.
This is a Standalone HEA Romance Novel, with HEA and No cliffhangers.
Intended for Mature Readers.

First lets start off by saying this is a new author for us and we loved our first read by them.For some reason I have been reading a lot of MC romance of late as it has all the elements I love in those kinds of books and is becoming one of my favorite genes to read and this author did not disappoint.

I loved Angel and Dax from the onset.Angel was the sweet and kind,smart,sexy witty,and found herself having a thing for bad boys. Dax well he was swoon worthy,had a Dominate personality,had a dangerous aura about him but most of all he seemed to be a totally different person around Angel.Angel made him feel things which you saw him struggle with on how he was handling those feelings.Most of all I loved seeing him happy as you had some idea that his life and not full joy or happiness.

I loved the chemistry this couple had between them as it made for some really hot sexual encounters and their we many of them.Holy hotness!


I really enjoyed the plot as you were on edge the entire story waiting for the axe to fall.This wasn't the kind of love story that had you thinking about happily ever afters.The story really was a page turner from beginning to end and had you engrossed the entire time.

My heart went out to Angel as you felt all of the things she was experiencing emotionally with the conflict of her doing her job and her love for Dax. Once the secret is exposed my heart broke for Dax for one he completely opened himself up to Angel let her in and trusted her completely and two after the childhood he had he actually opened his heart to care about someone and when he fell for her he fell hard.The devastation he felt at her betrayal was heart breaking .I think my eyes starting tearing up as it was the most emotional scene in the entire story.

I loved when you can connect with the characters that you read about and I was able to do that with this couple.I loved them from the start and when that happens I know that I am going to love the story from cover to cover.

Other than saying wow and that don't know what else there is left to say.This story was action packed ,had drama,surprises,secrets coming to life and one really big OMG moment that I did not see coming.I have to say I loved the ending as well as that was another OMG moment. I never saw it coming but, I loved how everything had turned out in the long run.

Well done loved it and we recommend this read to all.Can't wait for the next installment in this series.

Final thoughts: I love when a story is unpredictable and this was definitely one of those stories. 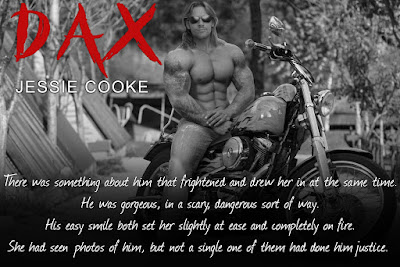