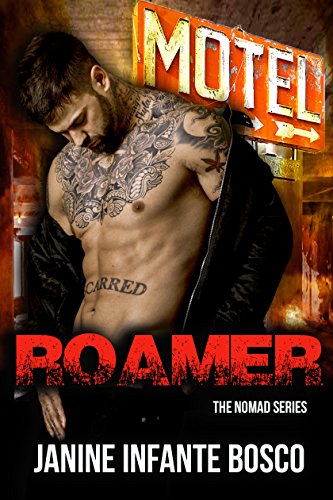 Deuce: The first moment I stared into Ally’s tortured blue eyes, my subconscious knew I’d never escape her. She called to the darkest part of my soul and made it impossible to ignore the strange pull I felt towards her. Some things are just meant to be. As long as we were both breathing, my heart would do time with hers. Like the famous outlaw lovers, Bonnie and Clyde, Ally and I committed the perfect crime. I claimed her heart, and she stole mine. I only meant to save her. To heal her. Now, my past threatens to ruin her. Wanted dead or alive, I’ve got her by my side and together we’ll ride.

Ally: I thought the world forgot me. That I had died at fourteen. But, I never knew life until I knew him. Rescued and healed, I found love in the face of an outlaw. Whether he fails or flies, I’ll ride until I die. I’m his Bonnie and he’s my Clyde. A love as strong as ours will never die.

***NOTE: Contains explicit sexual situations, violence, offensive language, and mature topics. This book deals with sensitive subjects, such as kidnapping and human trafficking. Please be aware of these triggers and keep them in mind while reading. Through the sensitive subjects, the storm passes and the sky clears….there is a happily ever after waiting on the other side. ***

Yet another great read by this author.I have loved reading this series and I was wondering if Ally was going to get her own story.I am glad that we were able to see how Ally's story has ended and if she was going to finally find her own happily ever after just as her brother has found his.

This really was such a heart wrenching story.Your heart bleeds for everything that poor girl has gone through in her life so far.Ally was taken as a child and was sold into sexual slavery and since then she has been forced to do unthinkable things.Ally has a twin brother named Cobra who belongs to a MC club who has never given up searching for her.As it happens it was his club that led to her rescue.Reunited after so many years apart where did one begin?
What I loved about this series and this story is that their is always so much drama constantly going on ,whether it was pertaining to the MC or its members personal lives their was never a dull moment and was quite entertaining.
I alway pick a favorite character in a story that I am currently reading and in this story I am going to choose Ally.Ally was a complicated character with so many layers and you can understand that with everything she has had to endure it was going to take time to get to know the real Ally and not the person she needed to become just to survive.
At this point Ally has been raped,tortured and been a sexual slave,bought and sold yet again and has become a drug addict in the process.With all these strikes against her the only thing we see is a survivor and a extremely strong willed person who survived the odds.She had just enough spark to keep going even when she wanted nothing more to end it all.I loved how she choose to take up Duece's challenge to heal,survive and take her life back.I loved seeing Ally evolve as she healed we saw a glimpse of the person she was before her kidnapping .We saw a women with Spark and determination.I loved seeing her leave the darkness behind and entered the light.
Duece was put in charge of being responsible for Ally and is to see to her recovery and protection.We loved Duece yes he was a bada**,sexy and a smile that makes a girl panties wet but so much more.In this story we saw a softer side of him and also got a glimpse of his own pain and suffering.We saw patience and kindness in his dealings with Ally which seemed so out of character for him.But, we loved it!I loved how he challenges her as well as goads her at every turn it was cute as hell and made us laugh. Duece really was Ally savior.He was just what she needed in order heal and move forward.He gets her as he suffers with his own demons.These two needed healing and someone to love and care about them yet they found each other.
I loved that this was not your typical love story.This was not a loved at first sight kind of love  even with that major chemistry that went on but a love that grew from friendship and healing which made it even more sweeter and  a love that would stand the test of time.I loved the chemistry this couple had as it was almost explosive.There was teasing ,playfulness and dominance in their sexual interlude that lead to some hot as hell love making scenes.Two broken souls become one.
Another great great in this series.I loved the cast of characters as well as all the past MC members who graced this current tale yet again.A story filled with pain, suffering,love,revenge,healing and laying old ghosts to rest as well as finding the strength and determination to move forward.I loved how this couple found something they needed in each other to make them whole once again as well as heal their wounded souls.We loved it from beginning to end.
Looking forward to the next in this series perhaps we will get to here Pikes story.
A keeper!
5 stars from us

Follow up DRIFTER with book two in The Nomad Series - WANDERER - FREE WITH KINDLE UNLIMITED!

Janine Infante Bosco lives in New York City, she has always loved reading and writing. When she was thirteen, she began to write her own stories and her passion for writing took off as the years went on. At eighteen, she even wrote a full screenplay with dreams of one day becoming a member of the Screen Actors Guild.
Janine writes emotionally charged novels with an emphasis on family bonds, strong willed female characters, and alpha male men who will do anything for the women they love. She loves to interact with fans and fellow avid romance readers like herself.
She is proud of her success as an author and the friendships she’s made in the book community but her greatest accomplishment to date would be her two sons Joseph and Paul.
Website • Facebook • Twitter • Pinterest • Goodreads • Newsletter • Amazon
romance suspense book blog book review arc Angels With Attitude Book Reviews janine infante bosco roamer