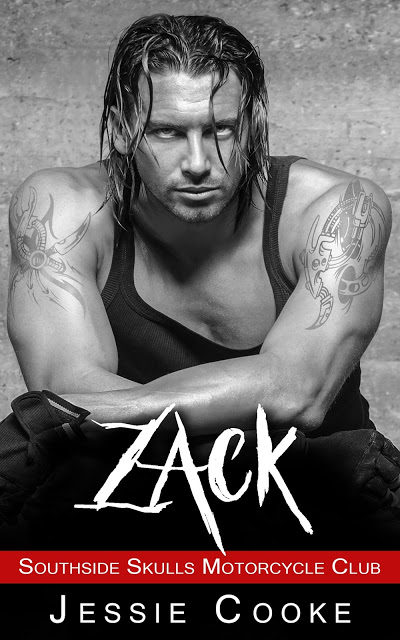 Zack "Attack" Leoni is a wild and free nomad biker who spends most of his time on the road. Each stop there's another woman to satisfy his needs.
He's not one to be tied down to anyone or anything and certainly not a woman with a child.
Nicole Swafford fears for her life as she tries to escape Spider, her violent ex-husband and the father of her child...the same man Zack is meeting for a club business deal.
Will the smiling Zack Attack jeopardize club business for a woman he doesn't know, with a child he doesn't want?
Will Spider let anyone stand in the way of what he wants? His child and Nicole.
Two men, one woman, and a child. That's trouble. Big trouble.
This is book four in the Southside Skulls MC Series.
It is a Standalone Romance Novel but characters from the previous novels, DAX, CODY & GUNNER are main players in this story too. HEA and No cliffhangers.
Intended for Mature Readers.

Yet Another great read in this ongoing MC series.So far I am thinking this one is my top favorites.

I love it when the men in the story always protest so much about what they want and what they need.As always they think they just want sex and nothing more but, there is always that one that isn't so easily forgotten and when that happens I love seeing these Dark Dangerous Dominate men fall....

Zack's current women he lusts after has a complication as she has a baby and her ex is a current abusive biker from hell from a rival club and still thinks she's his old lady.What man wants all that complication?Zack that is who!He's been in deep since the minute he rescued her.

I loved this story so much from the onset and cover to cover.This story was filled with so much emotion.Some if it happy,scared,hopeful,fearful,love,regret and longing.

I always pick a favorite character in a story and mine is going to be Zack.I just loved him from the onset.Yes ,he wanted sex from from her but, it was so much more and more about protecting herself and child from harm.He always put her needs first.We saw him grow emotionally himself.He let those walls he had built around himself come down long enough to put his trust in someone he loved and cared about.I though he was smart,sexy,kind protective,loving and caring and an all around super guy.I loved how protective her was of Nicole  and her child from the start.I found myself falling in love with him myself. I loved as we saw him fall in love with the child as well as Nicole.I loved all the things a dad does for their child and Zack never realized that he was playing that part throughout their courtship .Smiles...

Nicole on the other hand I found to be determined,loving,caring,fearful and had a bit of a backbone.Nicole was determined to make a life for herself and that of her child.I will say that she annoyed me at times as she was just so stubborn and disregarded her safety even knowing her ex would keep trying to harm her.I hated how her stubbornness made It so hard for them to protect her.I just wanted to smack her so many times for being so stupid knowing all the time what her ex Spider was already capable of.

I loved the chemistry,the passion and the emotion that this couples sexual situations wrought.They made a really cute couple and the perfect family this is something Zack secretly longed for.I so wanted to to finally find some peace and happiness and someone to love him and I am glad he did I was rooting for him.

My heart broke for Zack and the up bringing he had.I have to say that I detested his mother from the onset of their meeting.I felt relieved that justice was served when It came to her.I so wanted to smack that bitch every-time she opened her mouth and I am so not a violent person. LOL

I loved it.Loved the plot the characters and the twists and turns the story took.We even got the chance to have some of our other favorite MC members grace our pages in this current story and I loved seeing them again with all the quirky personalities their love and loyalty toward one another.

Recommend read to all and of course the rest of this series we are loving it! 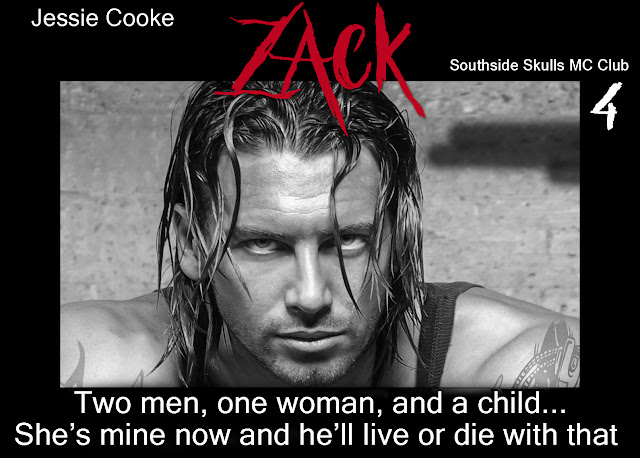 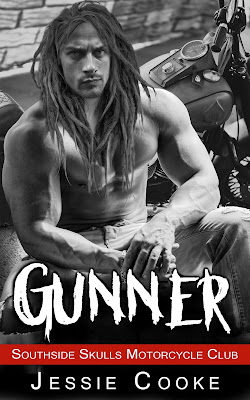