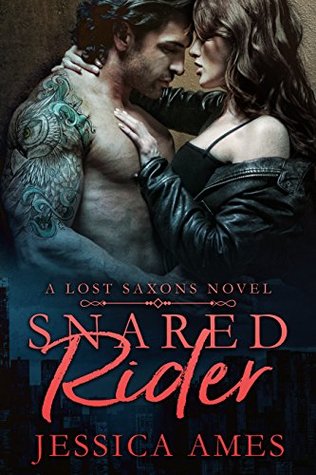 Let's start off by saying that this is a new author for us and we enjoyed our first read by them and we really loved the book cover as it was Hot!
I have to say that I have mixed feeling about this story as I really liked the characters and the plot itself as It had just enough suspense and drama for it to be a good read.My problem with the story is this , Beth became to annoying with her hatred and drawn out feud she had with Logan over dumping her 10 years ago.She went on and on with sniping at him and we are already 63% of the story before they hashed out things between them and why he dumped her in the first place.Thank god for the other characters as they were engaging and funny and interesting and broke up that monotony.
Logan-“I’m getting a little tired of this avoidance game, love.”
I really loved Logan though as he kept taking Beth's  crap for sometime before he blew.I have to be impressed with Logan's patience because he lasted way longer than I would have . LOL I found him to be protective, patient,had a sense of humor,loyal, dangerous had a sensitive side to him but, most of all I loved how he wore his heart on his sleeve when I came to Beth.I loved the fact that he loved her and only her after all these years even  after letting her go all those years ago.
Beth's secret thoughts of Logan
"He’s perfect. He’s so beautiful with those long eyelashes and rugged good looks. Like all the Harlow men, Logan inherited a strong jawline, and he has webbed laughter lines around his eyes."
"This is probably why the Club made him Sergeant at Arms . He’s intimidating . He’s also beautiful and everything below my naval tingles as I stare at him."
I really loved Dean he made me laugh time and time again.
I really liked Beth once she got her crap together.I liked that she was finally standing up for herself when It came to her life choices.I have to say that Beth's character was a bit of a mystery to me and the fact the women she had become so different from the women she once was to the point she did a 180 turn around when it came to he life.I realize her career choice had something to do with it and also Logan's betrayal but, not to the point she basically left all those who were important to her and her club life behind without a second thought and its not like she hated the life as she planned to live that life with Logan before he broke her heart.I am wondering if there is more of a story there? Hum.....It was almost like she became one of those Stepford wives .lol
I have to say we like the new improve Beth and that once she was her old shelf again she made the perfect Old Lady for Logan and they were just perfect for one another as beneath all the hate and hurt Beth never let go of her love for Logan either.Soul Mates perhaps?I also will say that Beth impressed me with the fact that she was taking all these horrible mishaps to her in stride without complaint perhaps we were seeing the old Beth reemerge before our eyes and wake up call some would say.
Some favorite quotes
"The bonds of family are fluid in the Lost Saxons’ world. Brotherhood is the foundation of the Club, so because Dean is Club, as am I, that makes us family."
Overall I enjoyed the characters and the story itself, I just wished it didn't take so long for things to start heating up because once it did things heated up fast and kept us engrossed in the pages to the very end.
I really enjoyed getting to know the new characters in this new MC series as most of them were a lot of fun to connect with.I would definitely continue reading the series as I can't wait to see what's to come.
A personal note: Without realizing what I was doing I read this series out of order and in my opinion for those new to the series  and just starting the books should be read in order and that is because Dean's troubles started in book one but lasted all the way to the end of book 2 and you have more of an understanding of what going on with the club drama.
4 stars from us

Jessica Ames was raised in a small market town in the Midlands, England. She lives with her crazy mongrel terrier and when she’s not writing she’s playing with crochet hooks. From the moment she was old enough to hold a pen she created fantastical stories and by the age of 17 had written her first full-length novel: a fantasy story about an exiled boy king. It was a clinched mess, but she realized she could, in fact, write and finish a book!
Knowing she needed to make money, she found work in the publishing world. Over the next decade, she honed her skills and worked hard to learn everything she could about writing. In January 2018, in a moment of insanity, she quit her job in magazine publishing to write books full time. 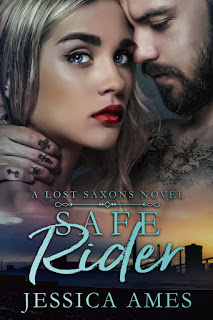 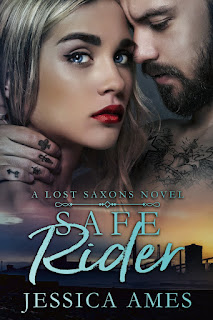 Rule #1 of getting life back on track: don’t fall for a biker…
A new life; a new start—that was what Liv needed after escaping her violent marriage. Moving to Kingsley was a chance to rebuild what was broken and show the world she wasn’t defeated by her past. No part of that plan involved falling in love with a biker.
Dean never expected to want the sweet woman living across the street. She’s not his type, yet he can’t stay away from her. When trouble follows Liv, he’s one step behind, ready to defend her because his time in the Lost Saxons Motorcycle Club has taught him two things: how to ride and how to protect what is his. And Liv is his—even if she doesn’t know it yet.

Let's start off by saying that this is a new author for us and we throughly enjoyed our first read by them and we really loved the book cover as it was just beautiful.
The story was engaging enough an had a serious story line that kept your interest as the story flowed we liked getting to know the characters and I have to say that we found them like-able,engaging and funny.
I loved Olivia/Liv and how she had the courage to change her life.We found her to have courage, be loving,giving,ski-dish,independent ,loved how she showed us that she had a backbone and that she was strong and beautiful inside and out.I loved no matter how many reservations she had when it came to Dean and his club she seemed to always draw her own conclusions from the deeds he did and the person he was when he was around her and with her.
I loved Dean from the onset of the story as he was just so love-able,patient, kind,giving,protective,possessive in a positive way in which he made Liv feel safe and was sexy as sin.
I loved the chemistry this couple had and how their relationship developed slowly and sweetly and how Dean was patient and understanding with her and the struggles Liv had with trust issues.All these things made Dean more endearing to us and more love-able.
The story had just enough drama and a sweet love story and character engagement to the keep the story interesting.I normally like a story with a bit more heat and I wish their was a little bit more of the club drama thrown in the mix but, considering the seriousness of the content of the story it was going to take time for Dean to make Liv his I think we new that the story  would concentrate more or the romance aspect then club drama so we weren't that disappointed.
I thoroughly enjoyed the fact that the characters were total opposites yet fit perfectly with one another and I believe Dean being a bit edgy and had a bit mystery to him was just the thing to bring her back into the living again.Dean was someone she trusted and felt safe with and someone totally opposite of the men she had been previously attracted to.
The story was emotional and engaged your emotions and we love stories just like that.
Our favorite quote from the story
"No, I know I offended him. I don’t want to end up on some kind of ‘whack’ list, Hol.”
lol
I would definitely read more in this continuing series. 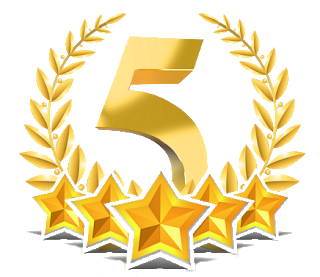