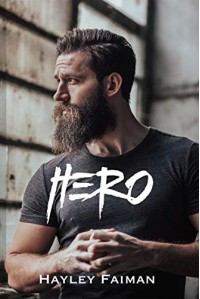 Let's start off by saying we really love this author and her works and we love anything she writes so we were so glad to get to read her latest story with Wyatt in this brand new series.After the first book we were already half in love with Wyatt's character as he was such a great guy, a great friend and lent a helping hand to his cousin Ryland to get his life back on track.

This was an emotional tale for sure.Wyatt was a little bit broken and unlucky in love but, one thing he craves is what his cousin Ryland has and that is a family and the love of a good women.Wyatt was lonely and ready to settle down now he just found the perfect women if only he can convince Exeter to be his one and only.

Exeter comes from and abusive family and was raped repeatably for years but, after years of therapy she is working through her issues but, one thing she still feels is the shame and thinks she is dirty and worthless and no one could love a women like her long term as she still feels undeserving of a good man.

Exeter and Wyatt had amazing chemistry and were hotter than heck together and both shared a past that have left them a little bit broken but, Wyatt sees something in Exeter and knows she was special and meant to be his.This was one hot read with tons of super hot and sexy scenes.The story was also fast paced as Wyatt pretty much took their relationship warp speed and Exeter was just along for the ride.

Overall we loved this cast of characters and we loved that our favorites were revising with some of our favorites.My heart went out to both characters for the pain they suffered but, for Exeter my heart just bleed but, I loved that she didn't let what happen to her ruin her life and she went on and pursued her dreams and with a whole lot of persistence and persuasion by Wyatt found the love and happiness she deserved.

We loved Wyatt and all his alpha-ness and how he pretty much steamed rolled Exeter in falling in love with him but, along the way he let go of his past and moved forward and is making his dreams of a family of his own a reality.

We loved this current installment in this on going series.