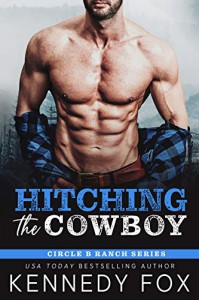 Let's start off by saying this is a brand new author for us and we really enjoyed out first read by them.

We really enjoyed the story it had a cute plot and it was loaded with humor and the entire story had a great bunch of characters.

Riley we loved instantly from being introduced to him as he was sexy and funny and I love how close he was to his family and how protective he was of his sister but, most of all we loved that he had know problem putting his feeling out their and being a little bit vulnerable.

Zoey was one of those characters you had to warm up to its not that she wasn't personable because she was funny and could be out going but, she had a problem standing up for herself and we new she had it in her to be strong and take what she whats but, when push comes to shove will she cave or find the happiness she deserves."Because of this we kept seeing a trail of broken hearts and heartache in this couple future."

We loved the chemistry these two had it was clear they were meant for one another but, it was going to take more than one of them to fight for the future they could have.

Overall we found the story to be cute and entertaining had a great cast of characters and we loved the usual courtship where one tries to woo the women they are already married to as it made us smile throughout the entire story as some of the scenes were cute and endearing. A great light read and we are so looking forward to Rowan and Diesel's story.