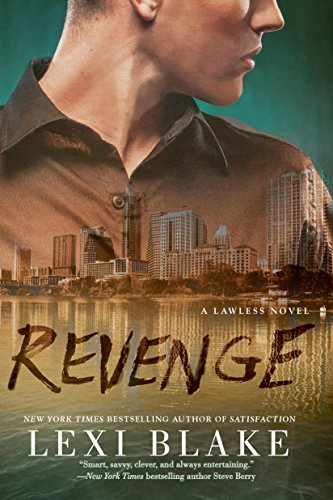 Passion and danger collide in the latest contemporary romance featuring the Lawless siblings—from New York Times bestselling author Lexi Blake.When Drew Lawless discovers a fatal flaw in his plan to avenge his parents’ deaths, he turns to the one woman he promised he wouldn't touch. He offers her a deal, one that will bring her into his investigation, his life, and his bed. Investigative reporter Shelby Gates never dreamed how twisted the case would become—or how fascinated she would be with Drew. Every day they spend together binds them. And every night brings her closer to realizing he might be the man for her. As Drew's feelings for Shelby grow, so does the danger. From the streets of Dallas to Austin’s high-tech business world, Drew and Shelby play a game begun twenty years before—a game they will win, or die trying.

Another great read for us from Lexi Blake.The more I read her books the more that I fall in love with each and everyone of them.

I always pick a favorite character that I love more than the others and this time around mine is going to be Shelby.

Why? So many reasons she was intelligent,patient,kind,smart,protective,had a sense of humor was driven but most of all she was just a loving and giving person who always put others first .She cared about their needs and wants before her own.I loved the chemistry she had with Drew as their was always sexual tension between the two of them right from their first meeting even before they were together.Their sexual encounters were super hot as well as sensual.I loved how she was always making bargains with Drew in order to turn things in her favor but all along just playing along as she wanted the same things Drew did.

Drew on the other hand was the total opposite of Shelby.I found him to be more of an a*ss most of the time,protective of his siblings,dangerous,powerful,smart sexy as sin, just really sex on a stick.As the story progressed I thought that he was less as an a** and more just socially awkward in dealing with women and messy feelings.I felt that he was lonely not necessarily unhappy just that he needed someone to love and care about him be and be a equal partner for him and give him hell when he needed a shove.I loved how he always thought about is brothers and sisters happiness before his own.He was so protective of them god help the person trying to hurt them.

Shelby and Drew made an awesome team  when it came to trying to prove that his mother murdered his father now that Drew knows that she is alive and gunning for him and his family yet again.

This story had so much going on to keep your interest.And we loved it from cover to cover.We dealt with the ups and downs with Drew's ongoing relationship with Shelby as he messes up time and time again as he just isn't good and the relationship thing.The twists and turns the story took the surprises that popped up.I loved the siblings and their spouses and all their different personalities that added humor to the story that had you laughing out loud. Big Tag made me laugh more than once. Defiantly a consent favorite of mine throughout the series.Loved how strong the women were in this story whether they carried the name Gates,Lawless,or Taggart. This for me is the type of story that you could go on and on on about the things that you loved most about it and definitely goes into the keeper pile where I am sure that I will read time and time again.

Looking forward to reading the rest in this series as well. 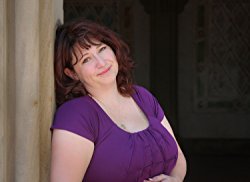 In addition to the Masters of Ménage series, she is the author of the Masters and Mercenaries series. The first nine novels, The Dom Who Loved Me, The Men with the Golden Cuffs, A Dom is Forever, On Her Master's Secret Service, Love and Let Die, Dungeon Royale, A View to a Thrill, You Only Love Twice, and Master No are available now, along with the novellas Sanctum, Unconditional, Dungeon Games, Cherished, Luscious, Adored, and Just One Taste. The tenth novel, From Sanctum with Love, is coming February 23, 2016, along with a new novella, Devoted, on April 12, 2016.

In 2013, Lexi also began releasing her urban fantasy series, Thieves. The full series, Steal the Light, Steal the Day, Steal the Moon, Steal the Sun, and Steal the Night, are available now on Amazon. The first two books in a spin-off of the series, Ripper and Addict, were released in 2015. Look for Sleeper, the next book in the spin-off series, to be released in Fall of 2016.

Lexi again collaborated with Shayla Black in a new series The Perfect Gentlemen. The first book, Scandal Never Sleeps, is now available. Book two, Seduction in Session, will release on January 5, 2016, followed by book three, Big Easy Temptation, on May 3, 2016.

For more information about her books, her appearances and her wacky life visit her Facebook page (http://goo.gl/q2IHnJ) or her website (http://www.lexiblake.net).