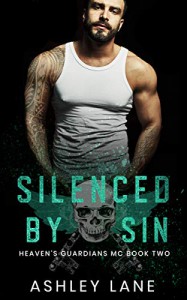 Let's start off by saying that this is a first time author for us and we really enjoyed our first read by them.

The story drew you right in from the very first moment and kept you turning the pages right to the very end as it was intriguing and suspenseful and a heart felt emotional read.

Evander/Doc/Patch was one of my favorite characters right from the onset of the story.Patch is a real-time doctor and also a patch member who has suffered unbelievable loss in his life which has affected his life daily as he carries around unbelievable guilt that ways him down but, he was also about healing and justice most of all has a great big hug heart .

Alaska was a amazing mom mother to Grace and was a women who was strong and determined had a bit of sass but, she was also a survivor who did what was necessary and the best she could to take care of her little girl even through dire circumstances she did her best.We loved Alaska from the onset of meeting her she never let life beat her down .

We really enjoyed the story from beginning to end.One of the things we loved the most about the story was it was its characters as they were awesome and funny and specially Willow Priest their Presidents old lady these badass bikers were afraid of her sass .lol

The story had suspense and intrigue and love but, it was also about healing and moving on and showed us the lengths one would go to protect those they love and now call family.The road to love for both Patch and Alaska was not and easy one but, for Patch it will be worth it in end the as he tries to put his past behind him and who new that fate would put Alaska in his path once again to right a wrongs done to her so many years ago.

For us overall it was a well written tale that we loved beginning to end and can't wait to read Bullet's read next as it is going to be and interesting one.